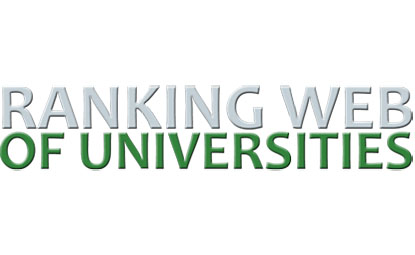 According to Wikipedia, the Webometrics ranking of the World Universities, also known as ranking web of World Universities, is a ranking system for the world’s Universities based on a composite indicator that takes into account both the volume of the web contents (number of web, pages and files) and the visibility and impact of this web publication according to the number of external inlinks they received.

The ranking is published by the Cybermetrics Lab, a research group of the Spanish national research
council (CSIC) located in Madrid.The aim of the ranking is to improve the presence of the academic and research institution and the web and to promote the open access publication of scientific results. The ranking started in 2004 and is updated every January and July (www.webometrics.info)